Summary of Money for Nothing 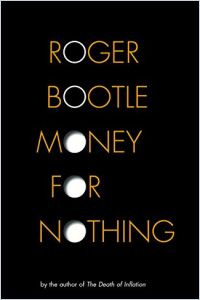 A decade ago, economist Roger Bootle won respect for correctly predicting a long period of low inflation. In this wide-ranging look at the world economy, Bootle trades on that credibility to explain the origins of the dot-com bubble and to argue that the economy is in the midst of a housing bubble. He makes the convincing argument that stock-market gains are often little more than ephemera and he explores the idea of a knowledge-based economy. Bullish readers will be put off by Bootle’s gloom and doom. Deflation has yet to occur, and the housing bubble he harps on has yet to burst in the time span since this work’s publication. Still, getAbstract.com recommends this intriguing title to investors interested in a contrarian view of the markets and the economy.

Roger Bootle runs the London-based consulting firm Capital Economics. Educated at Oxford, Bootle is a columnist for the Sunday Telegraph and a frequent speaker at conferences. He also is author of The Death of Inflation, an influential 1996 book that predicted an era of low inflation.

Investors learned that apparent wealth based on hype and speculation could disappear as quickly as it appeared. In spite of those painful lessons, world markets are in the midst of another bubble, this one in real estate. Home prices have soared in the United States, Britain, Europe and Australia. From 1995 to the early part of this decade, home prices soared by 200% in Ireland, by 100% in the Netherlands and Britain, and by more than two-thirds in Australia, Spain and Sweden. The housing bubble is based on many of the same conditions that existed in the stock market bubble, including greed and wishful thinking.

Contrary to the gospel preached by the day traders and new-paradigm enthusiasts before the tech stock bubble popped, wealth isn’t created simply by rising stock prices. Rather, true wealth can be created only through greater productivity. So forget the get-rich-quick ethos investors seem all too eager to follow. Only in the ...