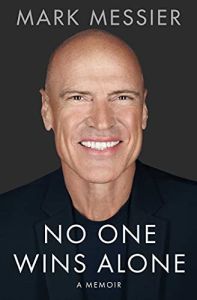 No One Wins Alone

The review below was first published in the getAbstract Journal on Sep 5, 2022.
We’ve reviewed this title for you as we currently cannot offer a summary.

Mark Messier had already won five National Hockey League championships when the Edmonton Oilers traded him to the New York Rangers in 1991. Messier then led the Rangers to their 1994 title. In this expansive, entertaining and insightful memoir, the Hall of Famer explains how his upbringing shaped his philosophy and work ethic and made him a champion and team player.

Leadership is teaching someone the right way from the start.Mark Messier

Messier is not athlete smart; he’s smart, period. And makes no apologies for his intelligence or success. That he exalts teamwork and collaboration while describing his unique and fairly incredible career makes him an accessible superstar – a rare person.