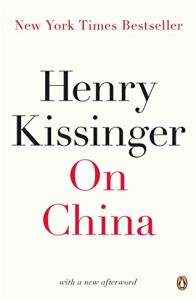 In his formidable 500-page-plus book, equally formidable scholar-diplomat Henry Kissinger writes about the nation with which he is inextricably linked: China. Kissinger infuses his text with impressive personal recollections based on more than 50 visits to China over 40 years, working either officially as national security adviser and secretary of state, or unofficially as a foreign policy expert. In that time, he has seen China’s evolution through four generations of its leaders. His insights on foreign policy and his personal rapport with top officials enable him to embellish this diplomatic history with extraordinary detail and discernment. getAbstract highly recommends the book’s vast scope to anyone seriously interested in examining China’s current and future role in world politics and economics, and that should be just about everyone.

The Center of the Universe

China’s history as one of the world’s oldest civilizations continues to shape its thinking today. Ancient records describe the unification of China in the third century BC, with the emperor at the center of a vast political hierarchy. But even Chinese mythology alludes to no true beginning to the society, simply an eternal existence as the center of the universe, or the “Middle Kingdom.” China’s current written language dates back to 2000 BC, linking contemporary Chinese citizens with their ancient literature and historical figures. This sense of continuity imbues the actions of modern Chinese leaders, who take a long-term view of the world and their role in it.

To govern and unite its vast population, China adopted the philosophy of Confucius (551-479 BC), who stressed the “Way” of order, harmony and compassionate rule, along with a disdain for overt displays of power. Functionaries in China’s vast bureaucracy were experts in Confucian thought, which stressed learning, honesty and strength of character.

For much of its history, China was wealthy, powerful and self-sufficient. As early as the 1400s, it had the world’s largest, most... 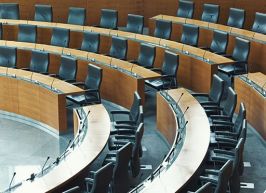