Summary of Pandemics Past and Present with Jeremy Farrar 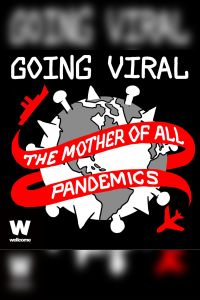 In this episode of the Going Viral podcast, disease detectives Mark Honigsbaum and Hannah Mawdsley talk with Dr. Jeremy Farrar, director of the Wellcome Trust, which is working with the Bill & Melinda Gates Foundation to develop COVID-19 treatments. The Trust’s primary mission is to support medical and health research, working with businesses, governments, and academics. This year, the Trust is commemorating the 1918-19 Spanish flu through a variety of cultural and historical projects, in the hope of unveiling lessons that will help humankind better respond to pandemics.

Society can learn critical lessons from studying past pandemics.

Hundreds of thousands of people die each year of influenza. Doctors know a lot about that medical condition, but it can still cause a global catastrophe.

Severe Acute Respiratory Syndrome (SARS), a highly contagious respiratory illness, emerged from the wet markets of southern China in 2003, and spread across that country for months before it was identified. But when SARS hit Hong Kong, its existence was exposed to the world. The virus quickly spread to Vietnam, infecting large numbers of people, including doctors and nurses.

Astute clinicians recognized that they were seeing only the tip of a SARS infection iceberg. This scenario was similar to that of outbreaks of bird flu, Zika and Ebola. Epidemiologist Carlo Urbani prevented a wider epidemic by asking authorities to quarantine the hospital where he worked. About 45 people died in that hospital, and Urbani himself later succumbed to SARS. Urbani’s death was a wake-up call for the public health community in Southeast Asia. The disease is often called “the world’s first 21st century epidemic.” It also follows the model of the 1918 Spanish flu pandemic’s early stages.

SARS proved how quickly a contagious respiratory illness can rage through crowded urban environments, hospitals and transportation systems, and eventually circle the Earth. Because it was a completely new virus, there was no easy way to diagnose it, no drugs to treat it, and no vaccine. At first people mistakenly thought SARS was a second outbreak of the 1997 bird flu. That resurgence did occur a year later – in Vietnam.

A deadly pandemic such as the Spanish flu could happen again.

Forty million people died of the Spanish flu in 1918-19, more than had perished in the First World War. Today, millions of people live close together in large urban centers. They fly around the world, quickly spreading contagious diseases. Deadly viruses such as flu exist in many types of animals, and no human has immunity to them.

“So if you’re not worried about that, what is there to worry about in the world? That seems pretty high on the risk register to me.” (Jeremy Farrar)

During the recurrence of bird flu, Farrar found that it was no longer very contagious, and didn’t present the potential for a pandemic. But Farrar feels the world underreacted to Ebola, which spread across several countries, devastating victims and their families.Such epidemics happen more frequently in recent times, and are increasing in scale. The changing environment plays an important role, especially the ways in which humans interact with animals.

Societies often underestimate or ignore pandemics because they are rare.

Because pandemics are rare, scientists don’t develop effective drugs or vaccines in a timely manner, and don’t understand how the virus spreads. After an epidemic is over, people tend to forget about it. SARS generated big news headlines, and film makers produced movies about it. But six months after it disappeared, “cultural amnesia” set in.

“I think you have to take each epidemic seriously and you’re more in danger of underreacting than you are of overreacting.” (Jeremy Farrar)

In 2009, Farrar was in Mexico City, where people of all ages were dying of a respiratory illness. The World Health Organization (WHO) labeled it a pandemic, and eventually it was revealed as a bird flu. Although some said the pandemic label was an overreaction, the disease showed that all global citizens bear responsibility for preventing the spread of deadly viruses.

Health organizations didn’t react to the Ebola outbreak quickly enough, partly because of the aggressive 2009 bird flu response. This deadly virus shouldn’t have spread across three countries, but that’s what happens when you underestimate infectious diseases.

Science can show people how to intervene in early pandemic stages to stop them from becoming global tragedies.

Epidemics will continue to occur because of environmental changes, population dynamics and drug resistance. History can teach people how to better deal with them.

“Epidemics will happen. But pandemics are not necessary. I believe we can intervene in that critical early phase to stop an epidemic becoming a more regional or global problem that affects nations or the world more generally.” (Jeremy Farrar)

People need to bring the 1918 Spanish flu into today’s context to learn its lessons. Scientists will eventually develop effective drugs and vaccines for each virus humans encounter, but they won’t be available when the pandemic begins. People need to return to century-old conventions such as washing hands, isolating patients and wearing masks.

In 2018, a new Ebola outbreak happened in the Democratic Republic of Congo. China still deals with a number of bird viruses. Any one of these deadly diseases could reach another country in hours. People are getting better at anticipating epidemics, but history shows that viruses can outsmart human beings, especially respiratory viruses like influenza.

Co-hosts and “disease detectives” Dr. Mark Honigsbaum and Dr. Hannah Mawdsley specialize in writing about the history and science of infectious diseases. Guest Dr. Jeremy Farrar is a British medical researcher and the director of the London-based Wellcome Trust.

The Covid Files 1: Corona by Numbers
7
Coronavirus Outbreak: How Scared Should You Be?
9
You’re Likely to Get the Coronavirus
9
Sawbones: Coronavirus
9
Substantial Undocumented Infection Facilitates the Rapid Dissemination of Novel Coronavirus (SARS-CoV-2)
10
The Rules of Contagion
7