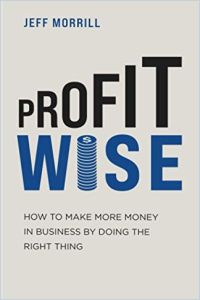 Jeff Morrill launched a customer-friendly auto dealership that promised transparent pricing without chicanery. He details his mindset and his strategies, such as treating employees and customers with respect, hiring diverse workers, and installing a green energy plant on-site. While such steps are gaining popularity now, Morrill has a two-decade head start on building sustainable, inclusive practices into his business model.

Build a more profitable business by focusing on the long run, not the short term.

Author Jeff Morrill opened his first business, an auto dealership called Planet Subaru, in Massachusetts in 1998. He and his brother, who worked with him, were young and inexperienced, but they knew they wanted to do things differently. Planet Subaru hired salespeople who were female, gay or otherwise different from the traditional dealership salesperson. In 2011, the brothers invested in installing a solar plant atop their dealership; it seemed extravagant at the time, but they’re still pulling power from the rooftop array.

Business owners who operate according to a traditional strategy take all the profits and offload as many costs as they can.Planet Subaru prefers to take on some costs, such as investing in solar power and supporting nonprofit organizations, confident that these steps will generate advantages in the long run.Today, the dealership enjoys a healthy profit.

Planet Subaru redefined itself as an “undealership.”

Auto dealers are notorious for playing hardball with customers. They tack on hidden fees and engage in sneaky negotiating...