Summary of Rangers Lead the Way 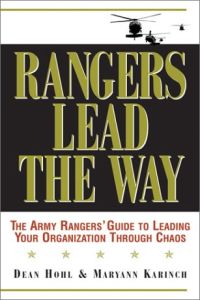 As an Army Ranger, Dean Hohl endured Ranger School, in which he was forced to figure out how to survive 14 days in the woods with only 14 meals. He later parachuted into Panama during the U.S. invasion. Now a consultant who leads corporate types through Ranger-style boot camps, Hohl and co-author Maryann Karinch make a convincing case that business leaders can benefit from the same type of training Rangers are given. Organizations need leaders who are flexible and communicative, he argues in an engaging and illustrative way. Hohl resists the temptation to dwell too much on his own war stories, although at times he’d do well to rely more on his experiences and less on bloodless summaries of corporate problems seemingly parroted from the business press. getAbstract.com recommends this book to any manager who leads or works with a team. If you wish that your team could act like a Ranger platoon, start reading.

Dean Hohl was an Army Ranger who fought in the United States’ invasion of Panama in 1989. He runs Leading Concepts, a company that uses paramilitary adventure camps to teach the Ranger leadership philosophy to corporate clients. Maryann Karinch is a communications consultant and author of Lessons from the Edge: Extreme Athletes Show You How to Take on High Risk and Succeed.

Chaos in Battle, Chaos in Business

Perhaps no environment is more stressful or chaotic than battle, but parallels exist between war and business, albeit without the gunfire. Both feature ever-shifting landscapes where quick wits, keen judgment and skillful teamwork can prove the difference between victory and defeat. The United States Army Rangers provide a unique - and relevant - management model for the business world. Rangers are elite warriors who thrive not only because of superior firepower and toughness but also because of a management concept that’s as strictly regimented as soldiers’ daily drills, yet flexible enough to deal with the uncertainties of battle.

True, your competitors don’t want to kill you, but they would like to win your customers and perhaps even put you out of business. In an increasingly global world, threats to your bottom line can come from anywhere. The Rangers’ model of TLC - teamwork, leadership and communications - provides an effective way to deal with battlefield or business world vagaries. Both environments are characterized by constant change and heated competition.

The Ranger method recognizes that the Hollywood version of... 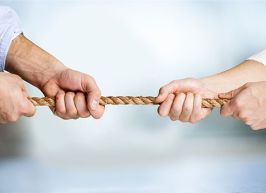