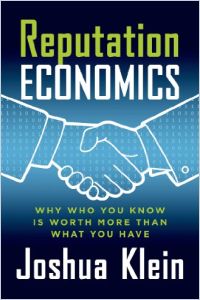 Technology expert and futurist Joshua Klein speculates on the economic impact of the Internet. He conceives an economic world where reputation plays a part in every exchange; web-based commerce circumvents established institutions; and the Internet resurrects barter, gifting and personal relationships. And Klein’s not far off the mark: Crowdfunding, cloud computing and Bitcoin already exist. But his speculations that major geopolitical institutions will collapse under reputation-heavy innovators seem far-fetched, and his arguments suffer from his blog-like format, wandering style and shortage of empirical evidence. Nonetheless, getAbstract sees valuable insights and imagination in Klein’s iconoclastic projections and recommends them to economists, executives and futurists.

After millennia of gifting, barter and personal exchange, state-backed currency solved the logistical problems of money, time, comparable value and geographical distance. Hard money and expanding commerce increasingly intertwined. The power of floating currencies lies in scale: A dollar in Memphis is a dollar everywhere, but the value of a basket of bananas may vary from village to village. That reality has confined alternative, barter-based economies to the local level, but they need not stay hemmed in any longer. In the future, trade may no longer require money. “Hawala,” a “bankless banking system” based on trust, is already active.

Relatives or personal connections move money through a trust-reputation arrangement. This system parallels the operation of Internet data-packet transmission. Both deliver contents without interference in an open environment. Market economies may be moving from “monetary exchange” toward “the exchange of goods and services” based on barter, gift and trade.

The Organisation for Economic Co-Operation and Development (OECD) says that nearly 1.8 billion people – roughly half of the world’s labor force... 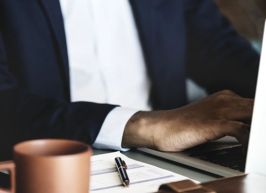