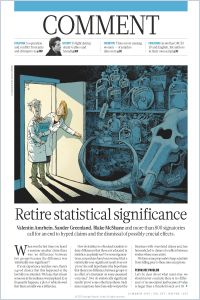 Researchers commonly refer to the differences between sets of data – measures from different treatment groups, for example – as being (or not being) “statistically significant.” The sets are considered significantly different only if an arbitrary statistical threshold is exceeded. If it isn’t, people often conclude that there is no difference between the sets of data. This assumption, however, is not necessarily valid. A sub-threshold finding may still be relevant. And, as Carl Sagan put it, absence of evidence is not evidence of absence. A group of over 800 scientists is now calling to “retire statistical significance.” The article will engage and inform anyone concerned that statistical analyses can be misleading but were never quite sure exactly how or why.

It is common practice for researchers to use statistical tests to interpret the findings of research studies. In statistical hypothesis testing, “significance” – or P value – refers to the probability that a given hypothesis is true.

If a certain statistical threshold isn’t exceeded, differences between two sets of data – measures from different treatment groups, for example – are often disregarded as “statistically non-significant,” i.e. interpreted as not relevant or even nonexistent...

Where Are the Women?
8
The Ethical Algorithm
10 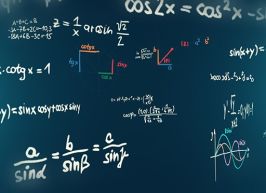