Summary of Retiring the Generation Gap 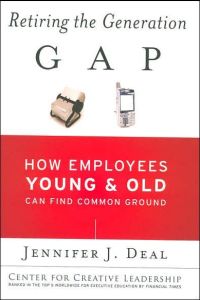 This ambitious book, based on a seven-year survey of more than 3,200 employees, examines how different generations view the workplace. Author Jennifer Deal handles the difficult task of presenting, distilling and interpreting the data according to age group and worker status. Her use of applicable real-life scenarios is effective in helping managers implement these findings, but the presentation of research data makes for weighty reading. getAbstract recommends this book to managers who have problems with intergenerational tensions at work, though Deal concludes that the generation gap is overrated and employees of all ages desire many of the same things.

Jennifer J. Deal is a research scientist at the Center for Creative Leadership (CCL) in San Diego, California, where she manages the World Leadership Survey and the Emerging Leaders research project.

The Issue of Clout

The generational problem between older and younger workers is not about bad behavior, interpersonal conflicts or the use of technology. It's about the respective roles of knowledge, job security and power – who has it and who wants it. Generally, older people believe their experience entitles them to make the rules at work.

In an attempt to sort out the issues behind the generation gap, the Center for Creative Leadership (CCL) in San Diego, California, surveyed 3,200 participants born between 1925 and 1986. The survey began in 2000; no one was added to the database after 2005. The survey of individuals from ages 19 through 80 encompassed these generational groups:

The respondents were 41% male and 59% female. Women predominated because of a high response rate from nonprofits, which employ... 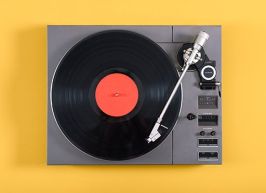