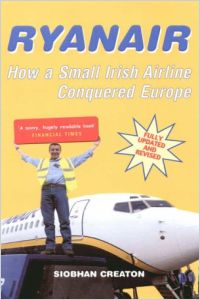 The story of how discount airfares came to Europe is no fairy tale. This book is a disturbing story about the underside of deregulating Ireland's airline industry. It's a tale of temperamental executives, overspeculation, greed, government intervention, mistreated customers and the challenges of free market operations. Given a wealth of material and an exciting industry, author Siobhán Creaton delivers a well-written, engaging corporate tale. The cast includes a combustible mix of powerful personalities who sometimes, but not always, tolerate each other. There is also a revolving door of top executives who serve the company's purposes and leave, as well as horror stories about how cost cutting created festering customer relations. Creaton packs this into an exciting story that moves quickly, though it rambles now and then. getAbstract recommends this compelling profile to anyone interested in corporate case studies, executive management or modern aviation.

Siobhán Creaton is the financial correspondent for The Irish Times. She previously co-authored Panic at the Bank.

Ireland's discount airline, Ryanair, revolutionized air travel in Europe by introducing bare bones, no-frills flights. To slash costs, its planes have no curtains, airsick bags, reclining seats or seat pockets. If you want a drink, a wheelchair or a meal, you pay. This keeps costs low enough that its airfares compete with bus and train tickets.

Yet cheap airfare has its costs. Ryanair flies into airports that are near – but not in – destination cities, so people can land as much as a two-hour drive from where they want to go. Passengers heading to Euro-Disney fly to Reims, hundreds of miles from the park. Ryanair has been known to strand passengers for hours or days when it delays or cancels flights. Airline policy says it is not responsible for compensating inconvenienced travelers, or for providing hotel rooms, meals or alternate transportation. Ryanair does not give refunds.

CEO Michael O'Leary helped make Ryanair one of the largest discount carriers. Forbes named him among the world's top 25 business people, despite his brash, up-front style. O'Leary heads the airline now, but businessman Tony Ryan began it, named it and set its...

YouTubers
8
What Did We Know? What Did We Do?
8
The Space Barons
9
Atomic Habits
10
White Shoe
7
We Will Rise
8 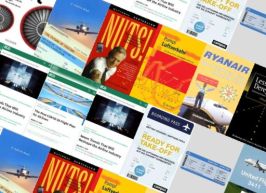