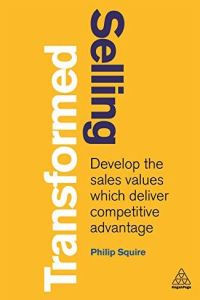 Philip Squire, who holds a research doctorate in sales, provides a learned, comprehensive history of selling, starting in 17000 BC. He offers engrossing historical stories you won’t find anywhere else. For example, he cites an 1879 novel that refers to sales techniques as, “schemes conducted by wandering sales canvassers.” Squire also offers sharp forecasts about the future of sales, a profession he proves undergoes continual reshaping. Salespeople will relish this rich compendium about their chosen field.

Sales has a venerable, colorful history with profound societal implications.

Selling has been around pretty much forever. Archeologists uncovered reliable evidence of trade in Southwest Asia dating back to 17000 BC. Zhang Qian, a Han Dynasty commercial pioneer in the court of Emperor Wu, traveled on ambitious trade missions throughout the Mediterranean and to India in the first and second centuries BC. He initiated the Silk Road, the ancient world’s main trading route connecting East and West.

The Maritime Silk Road began during the second century BC and linked Indonesia, India and Arabia. Chinese Emperor Yongle commissioned Zheng He, a Chinese Singaporean, to command the world’s biggest fleet, which made seven commercial voyages to the West. This remarkable fleet also sailed to Chittagong, the Philippines, Sri Lanka, Cochin, the Maldives, Mecca, Mogadishu and Mombasa, among other ports of call.

Ancient trade delegations used caravansaries to extend commerce throughout the known world. Commercial couriers would ride for hours until their horses tired. Then...

Dr. Philip Squire, the co-founder and CEO of Consalia, a UK- and Singapore-based sales business school, is a visiting professor at the Seoul School of Integrated Sciences and Technologies, a co-founder of the International Journal of Sales Transformation, and a trustee of the Association of Professional Sales.

Sell the Way You Buy
9

A Mind for Sales
7

How Not to Sell
7 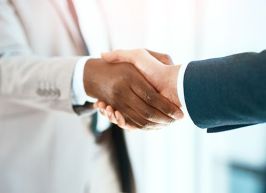