Summary of “Should You Work with Family?” 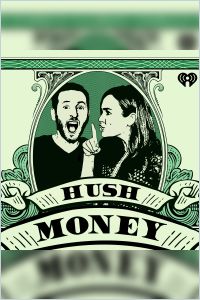 In each episode of the Hush Money podcast, co-hosts Nicole Lapin and Jason Feifer debate a taboo or awkward situation where money affects lives, relationships and careers. After a debate, a guest judge decides who’s right. Lapin is a businesswoman and TV anchor and the author of Rich Bitch, Boss Bitch and Becoming Super Woman. Feifer is the editor-in-chief of Entrepreneur magazine. This episode’s guest judge, Rebecca Minkoff, runs the Rebecca Minkoff fashion company with her brother.

Hiring a friend or family member may pose a conundrum when the business flounders.

Mike Brown’s business in the oil and gas industry began making eight figures within two years of opening. As the success allowed him to expand his team, he decided to hire his brothers. However, his business has been struggling, and his business partner believes the company can’t afford to continue paying Brown’s brothers. But Brown feels responsible for luring his brothers away from their previous jobs, and isn’t sure he can let them go.

When Brown decided to hire his brothers, he was melding a personal decision with a business decision. Since Brown had personal reasons for hiring his brothers, basing the...

Read, Listen or Watch? How We’ll Access Knowledge in the Future
-1
The Dropout
8