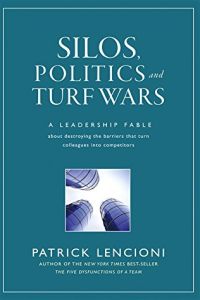 Patrick Lencioni strikes an appealing tone in this fable about a genuinely good-hearted consultant who wants to help companies function better and show their people how to get along. His core message is that while many forces compel people to group into silos and fight each other, a leader can unify them around a common goal. It’s a good message, even a sensible and enlightening one. While you are reading this book, resolving these situations seems quite possible - and in many cases, it well may be. getAbstract, therefore, recommends this book to companies that are plagued by internal warfare. However, for some of them, it will serve only as an inspiration and a starting point, because its simplified structure does not address certain key issues. Fundamentally, since many of the fable’s examples emerge from unified meetings, what happens if your managers are so fractious you literally can’t get the whole team in the same room? Even more daunting, what if your leaders meet but cannot agree on a thematic goal? Since some management teams disagree about day-to-day functions, they’ll certainly have a tough time once individual silos are cemented in place. So, if you have sophisticated problems to solve, this book could be sort of hit or myth.

Patrick Lencioni is president of a consultancy he founded in 1997. A frequent public speaker, Lencioni has written several other bestselling business books, including The Five Dysfunctions of a Team.

The Launch of Cousins Consulting

Jude Cousins joined Hatch Technology directly after college. Even though Hatch produced financial software and Jude wasn’t particularly interested in high technology, he did well because he loved to learn and he was good at relating to other people. Within a few years, he was director of corporate communication. He constantly studied business by listening to those around him, and by serving on advisory boards for other organizations. Everyone thought Jude was headed for upper management. As you might suspect, everyone was wrong.

Bell Financial Systems, a competitor, acquired Hatch Technology and formed Batch. They pitched the acquisition to the media as a merger of equal partners, but Carter Bell of Bell Financial ended up in charge. He tried to avoid divisiveness within his new domain. He stocked his leadership team with representatives from each division of each company, so that he had two people from advertising, two from marketing and so on. Jude was lukewarm about the merger’s results. On one hand, his role and responsibilities were diminished slightly. On the other hand, the value of his stock increased.

The Best Team Wins
9
Design Thinking at Work
8
The Customer-Driven Culture: A Microsoft Story
9
Adaptive Space
8
Faith
9
The Inside Gig
9 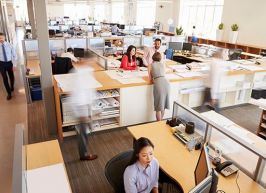