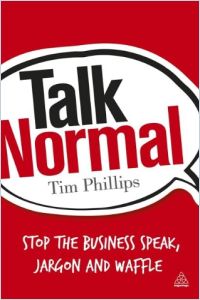 Journalist Tim Phillips prides himself on opposing gobbledygook – words that mean nothing and expressions that obscure meaning. He takes up the cudgel against jargon, “business speak” and perplexing political phrasemaking. He’s a keen observer, but his book is not a narrative; it’s a repurposing – with some honing – of his blog posts. Some of the short chapters are hilarious, some are insightful and some are worth skipping altogether. Phillips’s tone is never genteel, and given the jumpy, episodic nature of the material, you might not work up quite as much umbrage as he does. But you might learn something about English and, if you love language and grammar, getAbstract thinks you will be amused by his well-meaning rants.

Tom Phillips is a freelance journalist who writes the blog Talk Normal. He is also a co-author of the best-selling book Scoring Points.

Words have meaning, and their meaning is under constant attack from governments, politicians, PR spokespeople and anyone trying to sell you anything, from a used car to a new war. Double-talk and nonsense phrases – like “core values” – become common parlance, and when they do, they obscure their actual meaning. Ferreting out the truth beneath the nonsense words is hard work, but somebody has to do it: you.

“Whoever changes [language] has the power to control the way we think.” As corporate scribes reconstruct the terminology surrounding work to remove any negative connotations, the disconnection grows between what people do at the office and the descriptions of their work conditions. Jargon like “thought leadership,” “empowerment,” “transparency” and “synergy” gets bandied about much more often. For example, since 2000, press releases from the financial and securities industry increased their citations of the words “core values” by a factor of six. But does anyone have a real idea what the term “core values” means?

“We Are Not in the Office to Enjoy Ourselves”

As people become more detached from their... 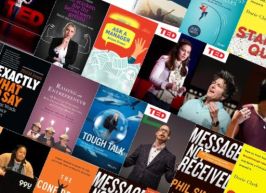