Summary of The 50-Plus Market 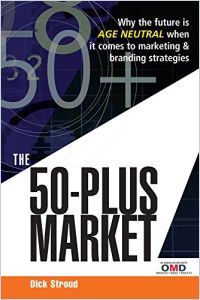 The world’s population is getting older. Shouldn’t marketers address this phenomenon? No. Actually, they should ignore it most of the time, says author Dick Stroud, who advocates marketing without regard to the consumer’s age, except when a specific situation seems to call for it. Stroud and other contributors contend that focusing your general marketing effort solely on younger consumers is a waste of outreach opportunities. He bases his recommendations on global demographic surveys and on his experience with the 50-plus market. This practical book contains information about demographics and segmentation techniques, as well as the results of international studies of older consumers. It provides real bonuses, such as questionnaires you can use to gauge your company’s attitudes toward older people, but it is also repetitive. getAbstract recommends it to serious market researchers and others who want to consider how age affects marketing worldwide.

Dick Stroud directs a marketing strategy consultancy that advises companies about the business implications of aging demographics. He is the U.K.’s leading expert on using interactive channels to communicate with people who are older than 50.

Getting Older Every Day

The advertising business is prejudiced in favor of young people. Only 5% of ads target consumers older than age 50, even though these customers make up more than half of the prime-time TV and radio audience. Worse still, research in the United States and the United Kingdom found that older people feel that ads depict them inaccurately.

A few advertisers take a more strategic approach by dismissing the idea that age matters. Guinness, Anheuser-Busch, Honda and Michelob have all depicted older people in their ads without alienating younger consumers. These age-neutral ads reinforce viewers’ sense of themselves as participants in desirable activities, and focus on factors that matter most when people make purchasing decisions – unlike age.

Marketing directed only at people who are 34 or younger ignores profound, continuing global demographic changes. The number of people in the U.K. who are older than 50 is steadily increasing, while the number of those aged 15 to 34 will level out over the next few years. The populations of Japan, Australia and Italy are also aging. In the U.K., Canada and the U.S., people who are 50-plus control increasing...

Marketing to the Ageing Consumer
8