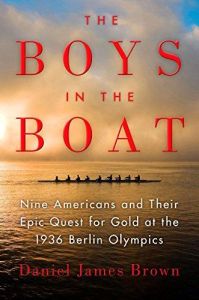 The Boys in the Boat

The review below was first published in the getAbstract Journal on Feb 6, 2020.
We’ve reviewed this title for you as we currently cannot offer a summary.

Daniel James Brown tells the compelling story of the US crew members who triumphed in the face of Nazi Germany at the 1936 Berlin Olympics.

Daniel James Brown – author of Facing the Mountain – explains that the 1936 Berlin Olympic Games showcased Nazi power. The members of the US rowing team, by contrast, were underdogs who had become American varsity rowing champions. Brown offers a detailed, passionate account of the team’s challenges and triumphs as seen through the eyes of crew member Joe Rantz. Brown’s rich prose illuminates the sport’s beauty and the resilience of the young teammates who gave it their all.

USA Today said this New York Times number one bestseller provided, “Cogent history…and a surprisingly suspenseful tale of triumph.” Associated Press found it, “a riveting and inspiring saga.” And Bloomberg News called it, “A stirring tale of nine Depression-era athletes beating the odds and their inner demons.” Brown’s books The Indifferent Stars Above and Under a Flaming Sky were both finalists for the Washington State Book Award. 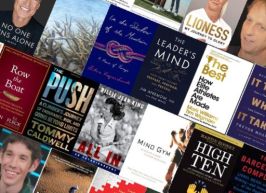