Summary of The Brain Sell 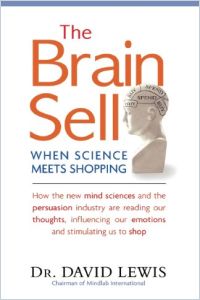 Cognitive neuroscience’s great leap forward brought marketers in its wake. Noninvasive neuroimagers like MRI scanners and EEG machines show the inner workings of the human brain as never before. Businesses use this information to develop marketing campaigns that manipulate your subconscious. However, most people are not aware of, nor do they consent to, this type of mind manipulation. Dr. David Lewis, co-founder of Mindlab International, describes the latest discoveries in brain science and how advertisers exploit them. His goal to cover every aspect of this subject is noble and ambitious, but it leads to some cumbersome reading in places. Lewis’s new and illuminating ideas will reward your persistence. getAbstract recommends his insights and overview to consumers and advertisers seeking conscious awareness of purchasing habits and patterns.

Dr. David Lewis, the “father of neuromarketing,” co-founded the research firm Mindlab International, and wrote several books, including The Soul of the New Consumer and Impulse.

As the 20th century dawned, advertisers looked to psychology to influence consumers. By the end of the First World War, the popularity of Sigmund Freud and psychoanalysis convinced advertisers of the necessity of appealing to people’s emotions.

Edward Bernays, the “founding father” of public relations, used psychological tactics to sway public opinion. He linked products with causes, such as positioning the act of smoking Lucky Strikes as an expression of women’s independence. In the late 1970s, psychologists Daniel Kahneman, Amos Tversky and Richard Thaler introduced the idea of “behavioral economics.” Cognitive psychology, aided by new technology that allows scientists to view mental processes, began to take shape. Neuromarketing, applying brain technologies to marketing activities, came to the forefront in the new millennium.

“Doing the shopping” is a chore; in contrast, “going shopping” is a pleasurable leisure activity. People enjoy looking for something special, gazing at enticing displays and bathing in the attention of salespeople. In fact, successful bargain hunters experience a physical reaction similar to that ... 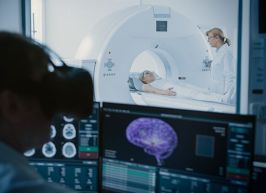