Summary of The Camino Way 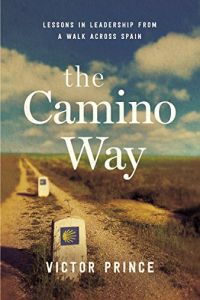 Leadership consultant Victor Prince took a month-long sabbatical to hike across northern Spain as a pilgrim on El Camino de Santiago – the Path of Santiago. He describes many ways the Camino changed his perspectives on life and leadership – and he outlines how you can experience a similarly transformative process that will inspire how you lead. Drawing on personal experiences and interviews with nearly 100 other pilgrims, Prince clearly and deftly blends his travelogue with management advice in the form of “seven simple leadership lessons.” He also provides a “How to Do This at Work” section for each lesson. getAbstract recommends this captivating read to armchair travelers and to those seeking to enhance their leadership skills through personal growth.

Leadership consultant Victor Prince is the managing director of DiscoveredLOGIC. He has spent more than two decades in government and in finance, marketing and strategy.

The Path of Santiago

El Camino de Santiago is a pilgrimage route to the tomb of one of Jesus’s 12 disciples, St. James, known as Santiago in Spanish. In the year 950 AD, the first pilgrim, a bishop from France, walked 800 miles to the shrine. By the mid-1100s, the Camino spurred the first “travel guide,” a collection of documentation about St. James’s miracles that described the destination, explained how to get there and offered logistical details of the journey.

Early pilgrims sought forgiveness for their sins or prayed for relief from the plague. They included tourists, spiritual seekers, and those running away from servitude or legal problems.

The Camino still draws people from all walks of life. When author Victor Prince walked it in 2013, he was one of 216,000 peregrinos, or pilgrims, hiking that year. The most-traveled route to the shrine’s town, Santiago de Compostela (usually called Santiago) in northwest Spain’s Galicia region, starts in France and goes west across the Pyrenees. The route from Portugal heads north.

Prince set two goals when he was a child: to become president of the United States and to travel the world. He met...