Summary of The Connected Company 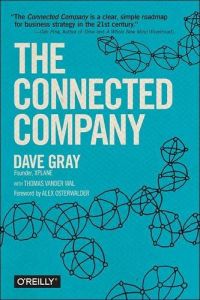 Customers using social media can reach millions of people; they can boost the sales of companies they like or crater the sales of those they don’t. Brand survival can hinge on learning to connect with customers, online and off. Strategists Dave Gray and Thomas Vander Wal explain how your organization can connect to gain a competitive edge and provide examples of giant corporations and single-function companies that did so to great, positive effect. getAbstract recommends the authors’ smart, applicable counsel to entrepreneurs, managers, marketers and anyone grappling with social media strategies.

In 2006, sales at Starbucks began to slip. Starbucks chairman Howard Schultz visited some of his stores and diagnosed several flaws in his company’s customer experience. For example, overly tall espresso machines blocked customers from communicating with baristas. The “flavor-locked packaging” Starbucks used to make individual cups of coffee robbed the stores of the welcoming aroma of fresh-roasted, brewing coffee. Customers found the stores’ streamlined, efficient designs antiseptic and repetitive.

Schultz sent an urgent memo to his senior executives, outlining possible fixes. He wrote, “We desperately need to look into the mirror and realize it’s time to get back to the core.” Schultz intended the memo to be confidential, but someone leaked it. The memo appeared on the Starbucks Gossip blog. The mainstream media widely reported its contents. Their stories about Starbucks depicted a company in trouble. Reporters barraged Schultz with calls. He refused to speak with them.

Be Like Amazon
8
Goliath’s Revenge
8
What Did We Know? What Did We Do?
8
Meltdown
9
Gadget Consciousness
7
Adaptive Space
8