Summary of The Customer-Driven Culture: A Microsoft Story 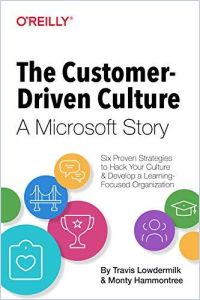 When Satya Nadella took over as CEO of Microsoft in 2014, he drove change throughout the giant software company. Using a customer-centric focus, Nadella transformed Microsoft’s corporate culture. Travis Lowdermilk and Monty Hammontree, two Microsoft user-experience (UX) experts, walk you through Microsoft’s culture-change program. The authors explain how your firm can use similar programs to revolutionize your corporate culture to benefit your customers, your employees and your bottom line.

Microsoft’s reputation had suffered grave damage. Customers and commentators in and out of the tech world regarded the giant software company as an evil, grasping monolith that despised its customers and did little to provide for them. Those on the inside felt that Microsoft had devolved into separate warring “siloed” kingdoms constantly battling one another. Software engineers – and especially open-source developers – viewed Microsoft as an out-of-touch dinosaur and avoided its developer services.

Then, in 2014, Satya Nadella, became Microsoft’s third CEO. He was determined to transform the cantankerous corporation.

Nadella’s plan was simple: In the future, the company would obsess over customer satisfaction. Its new mission statement ambitiously said: “Empower every person and every organization on the planet to achieve more.” Under Nadella’s leadership, “customer empathy” became Microsoft’s guiding light. The corporate giant began to emphasize customer outcomes and experiences...

Hit Refresh
8
Always Day One
9
The Curious Advantage
9
The Next Rules of Work
8
Go Tech, or Go Extinct
8
The Invincible Company
9