Summary of The Dropout 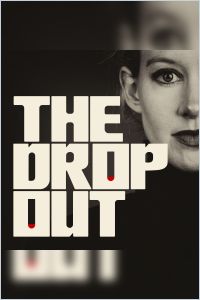 When a relative asked young Elizabeth Holmes what she wanted to do when she grew up, she said she wanted to be a billionaire. Holmes remained ambitious, and she continued to be more interested in fame and fortune than the work it takes to get there. In ABC Radio’s The Dropout podcast, you’ll learn the story of Elizabeth Holmes and Theranos, the little company that couldn’t – but pretended it did anyway.

In this six-episode podcast series The Dropout, ABC News chief business, economics and technology correspondent Rebecca Jarvis, along with producers Taylor Dunn and Victoria Thompson, chronicle the rise and fall of Elizabeth Holmes and her company, Theranos. The podcast series includes exclusive interviews with former employees, investors and patients as well as snippets from Holmes’s deposition testimony.

Stanford student Elizabeth Holmes had a revolutionary business idea for a medical patch that could do hundreds of blood tests on a single drop of blood.

After taking an undergrad course in microfluidics at Stanford, college student Elizabeth Holmes came up with the idea for a small device that could run all the most common blood tests using a single drop of blood, eliminating the need for long blood draws and big needles. Such a test would make lab work and medicine more accessible to everyone. Despite her lack of medical experience, Holmes was still able to find advocates for her idea. Early supporters included Stanford engineering professor Channing Robertson and investor Tim Draper, who gave Holmes a check for a million dollars. Holmes dubbed her company Theranos, a portmanteau of “therapy” and “diagnosis.” She dropped out of Stanford to pursue the business full-time.

As a company that promised to revolutionize blood testing, Theranos began attracting big name supporters and employees, many of whom considered Holmes to be the next Steve Jobs.

As investments rolled into Theranos, Holmes, ...

Working Women: Valerie Jarrett and the Importance of Mentorship
9
Nice White Parents
9
Shonda Rhimes on How to Create Stories (and Products) People Want
9

“Should You Work with Family?”
7