Summary of The End of the Euro

As the economic crisis in Europe reverberates from country to country, you might wonder how it will all end. Belgian journalist Johan Van Overtveldt says it inevitably will end in tears. The title of his book may give away the author’s conclusion, but, before he convinces you of his prognostication, he carefully lays out the reasons for the founding of the European Union and explains how well-intentioned but shortsighted politicians set a plan in motion that was doomed from the start. He spares no one in his scathing assessment of the mishandling of the crisis that began in 2009, but he assigns particular fault to European leaders’ inability to put aside nationalist interests for the sake of the union. If you wish to understand more deeply what’s happening to the euro, getAbstract recommends reading this sobering but realistic appraisal of Europe’s present and future.

Johan Van Overtveldt, a PhD in “applied economy,” is editor in chief of the Belgium business magazine Trends and the former General Director of the Belgium economic think tank VKW Metena. He also wrote The Chicago School: How the University of Chicago Assembled the Thinkers Who Revolutionized Economics and Business.

As the financial crisis that engulfed Europe beginning in late 2009 dragged on, politicians, economists and observers found various culprits to blame. First, they denied that the financial panic sweeping the US would have an impact on Europe. Then they placed responsibility for the worsening situation on speculators and financial markets, and, finally, they took Greece and Ireland to task for having undisciplined fiscal policies. But while you can pin the genesis of the problem on a few nations’ bad economic conduct, the real reason the euro is under ongoing siege dates back to the very beginning of the Continent’s “great idea.” And the euro’s continued viability rests with those nations that first sought to succeed where history held only failure.

Plans and attempts to unify the European continent economically and politically date back to the early 1800s, when the then-separate states of the German Federation effectively implemented true monetary union: They instituted two currencies and relinquished monetary control to Prussia, the most powerful of the German states. In the mid-19th century, France, Belgium, Italy, Switzerland ...

Counter-Revolution
8
The Square and the Tower
8
Rule Makers, Rule Breakers
8
Geopolitical Alpha
8
Bloodlands
10
How Population Change Will Transform Our World
8 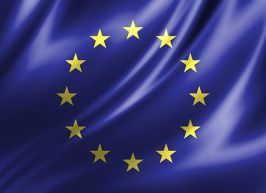