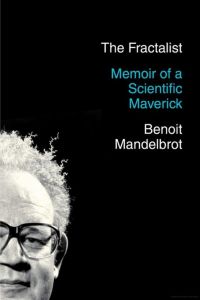 Benoit Mandelbrot, a Polish-born mathematician, is the “father of fractals.” This genius discovered quantifiable order in “chaotic” entities like shorelines and clouds. Mandelbrot tells the story of his dramatic life in this fascinating, if occasionally challenging and perplexing, autobiography. Mandelbrot’s intellectual discoveries prove compelling but, as you might imagine, their knotty complexity can be confusing for laypeople. Besides describing his eventful life, Mandelbrot also provides an absorbing perspective on the history of rustic Mitteleuropa before World War II. getAbstract recommends his book to all those who love to read about history’s brilliant thinkers and praises its artwork of colorful fractal patterns.

Benoit Mandelbrot, a world-famous mathematician, is the father of fractal geometry. He developed a formal “theory of roughness” in nature and discovered the Mandelbrot set, the ideal example of mathematical visualization.

The “Theory of Roughness”

Most of nature’s patterns are splintered and irregular, or “rough.” This makes them infinitely more difficult to define and more complex than Euclid’s venerable geometric forms. Throughout most of history, intellectuals despaired of finding a viable means of quantifying roughness. Mathematician, scientific outlier and breakthrough theorist Benoit Mandelbrot brilliantly solved this previously intractable problem. His theory of roughness remains a unique intellectual accomplishment.

Mandelbrot determined that the best way to measure roughness, which is universal, is to capture its “fractal dimension.” His theory deals with such hitherto hard-to-quantify puzzles as: “What shape is a mountain, a coastline, a river?” “What shape is a cloud, a flame or a welding?” “How dense is the distribution of galaxies?” How can you state “the volatility of prices quoted in financial markets” or “compare and measure the vocabularies of different writers?” Such queries sparked Mandelbrot’s unmatched intellectual curiosity. During his distinguished, long career, he dedicated himself to developing a systematic approach to solving these problems.