Summary of The Future Is Asian 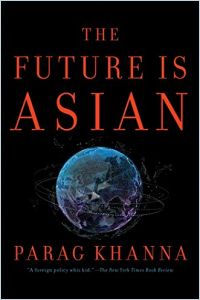 Asia is far more than just China, as strategic adviser Parag Khanna makes clear in this comprehensive look at the region. Though he illustrates how China is a prime mover in Asian development, Khanna especially delves into the multiplying economic linkages among Asian nations that are producing a complex web of intraregional relationships. Asia is now looking to Asia for its future growth, Khanna writes, and cities that to Western executives and investors may today seem exotic backwaters, like Vladivostok or Baku, may soon become global centers of commerce and trade.

Parag Khanna is a CNN global contributor and a senior research fellow at the Centre on Asia and Globalization at the Lee Kuan Yew School of Public Policy at the National University of Singapore.

Asian countries now invest in and trade with each other.

The story of Western countries outsourcing their manufacturing to, and investing in, Asian countries has long been a central part of international commerce. However, trade, investment and energy flows among Asian countries are overtaking this previous pattern. Intraregional trade was already 29% of Asia’s total trade at the time of the 2008 financial crisis, helping to insulate the continent from the fallout and to pull along the world economy. Since then, intraregional trade has increased to 57% of Asian countries’ trade in 2016. Gone are the days when developing Asia worried about the prospect of Western capital flight or of a US recession shocking its small economies. Asian nations now depend more on each other.

China, Japan and South Korea are themselves outsourcing and investing in developing Asian countries on a large scale. At the same time, the volume of Chinese investment into the United States has dropped. Asians are investing in Asia. Energy producers in the Middle East, the Central Asian ex-Soviet countries and Russia itself are all looking at growing sales in... 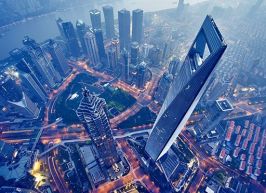