Summary of The Future of the Dollar 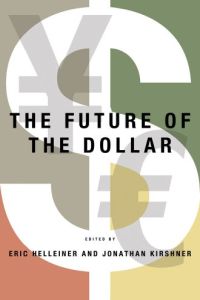 The dollar is dead; long live the dollar. That’s the message from this insightful look at the greenback’s future as the world’s reserve currency. Edited by Eric Helleiner and Jonathan Kirshner and including essays by half a dozen other academics, this overview plays out as a polite debate among professors. They offer useful historical and economic perspectives that will help readers understand the forces that make one currency a winner and another a loser. With a variety of contributors, however, the study suffers from a good deal of repetition of background material from one essay to the next, and an unevenness in writing styles that veer from clear to cloudy. While the book promises a spirited debate between “dollar optimists” and “dollar pessimists,” a close reading reveals that most of the contributors tend to fall into both camps simultaneously. getAbstract recommends this book to readers seeking an erudite review of the US dollar’s past, present and future in world currency markets.

Another Day, the Same Dollar

Is the US dollar on the verge of a permanent decline? Will the euro or another currency surpass the almighty dollar to become the world’s reserve currency? Those questions gained particular urgency after the 2008-2009 US-led global recession. While no clear answer yet has emerged about its staying power, predictions of the dollar’s demise are nothing new. Since the 1960s, skeptics have anticipated the greenback’s tumble from the top, but the dollar hasn’t given up its pole position among global currencies quite yet. Consider that it serves on one side of 86% of all foreign exchange transactions, compared to the euro’s 37% and the yen’s almost 17%.

The dollar’s popularity arose for a number of reasons: The US is the world’s largest economy, and its traditionally vibrant capital markets, robust growth and political stability have made the dollar an easy choice for most favored currency. The greenback acts as “a medium of exchange” for transacting international business, as “a store of value” for investment purposes and as “a unit of account” to which other nations can link the values of their own currencies.

The US government gains ...