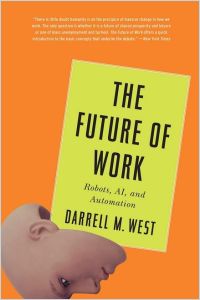 What Happens if Robots Take the Jobs?
7

Women of Color in Tech
7