Summary of The GE Work-Out

There’s no denying the effectiveness of the “Work-Out” system at General Electric (GE). This book is a straightforward and comprehensive introduction to what Work-Out means and how it helped GE achieve astonishing results under Jack Welch, who introduced it. This clear, well-organized book makes it possible for any executive or manager to apply at least some elements of the Work-Out program in any organizational context. getAbstract does caution you, however, that the Work-Out program as portrayed here demands a great deal of commitment and moral fortitude from leaders. Empowerment may be effective, but it is rarely comfortable for the powers that be. Just ask “Neutron Jack.”

Welch earned the name “Neutron Jack” for closing factories and selling off businesses in the early 1980s. The nickname came from the then much-discussed neutron bomb, which allegedly killed people but left buildings standing. He demanded that GE achieve number one or number two status in every market where it did business – or else stop doing business in that market. Like a neutron bomb, he got rid of people, but the buildings that had housed them still stood. About 200,000 people left the company. Welch slashed bureaucracy, cut out levels of management and tried to push more power and authority to general managers.

Work-Out had its roots in some listening sessions Welch conducted at GE’s Crotonville leadership development campus. He would stand in the center of an amphitheater-like classroom as managers talked about the change that was taking place at GE, how they responded to it and how people were handling it.

Welch learned that, even though his changes...

What Did We Know? What Did We Do?
8
The Fixer
8
Toyota Kata Culture
8
Go Tech, or Go Extinct
8
The Motive
8
Midnight in Chernobyl
9 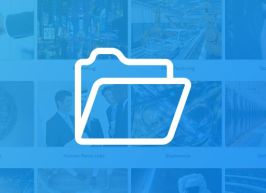