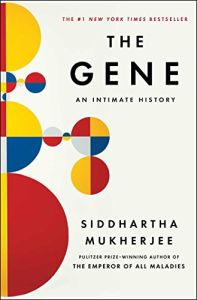 The review below was first published in the getAbstract Journal on Jun 13, 2022.
We’ve reviewed this title for you as we currently cannot offer a summary.

Pulitzer Prize winner Siddhartha Mukherjee details the history of genetic research, the function of genes, the mapping of the human genome and the likely implications of genetic alteration.

Siddhartha Mukherjee won the Pulitzer Prize for his New York Times bestseller The Emperor of All Maladies – the source material for the eponymous Ken Burns documentary. Mukherjee writes about medical science with greater clarity. He weaves a fascinating history of hereditary science and genetic discovery while explicating three broad themes: the interplay of genes and the environment on each person’s phenotype; the marvels that genetics delivers to the medical field; and the real and potential dangers of genetic engineering. Mukherjee writes with brilliance and verve to bring this seemingly arcane world alive.

Genes recombine and can mutate when the chromosomes of parents mix. A person’s genome doesn’t determine his or her phenotype. You are who you are based on a broad and complex mix of genes plus environmental factors, certain triggers and dumb luck.

9
Book
The Emperor of All Maladies