Review of The Gulf 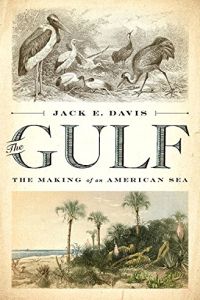 Fishing initially made the Gulf of Mexico a survivable place to settle, home to widespread early indigenous civilizations and, later, a desirable tourism destination. As the 20th century dawned, the Gulf sustained immense populations of fish and other sea life. Today, it is a dump for industrial and agricultural waste, and its diminished estuaries support far fewer fish. Commercial shipping and offshore drilling pollute the Gulf, marginalizing fish, birds and other creatures. Shoreline development threatens its ecological integrity. The Gulf also suffered the worst oil spill in history, a result of the explosion of the offshore drilling rig Deepwater Horizon.

Gulf native, historian and sustainability professor Jack E. Davis pays eloquent homage to the Gulf’s natural resources and efforts to conserve them as he details its drastic losses and continuing perils. getAbstract recommends his compelling, Pulitzer Prize-winning history to readers who seek environmental information, to those involved in Gulf industries and to anyone interested in a deeper understanding of the “American Sea” and the threats it faces.

Jack E. Davis is professor of history and sustainability studies at the University of Florida. His award-winning books include Paradise Lost?: The Environmental History of Florida and Making Waves: Female Activists in Twentieth-Century Florida.

Davis offers these lessons from the Gulf’s history and current plight:

1. The Gulf of Mexico is a compromised sea.

The Gulf of Mexico became an “American Sea” in a legal sense during the 1800’s as the United States expanded to include Florida, Texas and much of Louisiana. But, as Davis reports, Americans have done a lousy job of taking care of it. Most of the pollution fouling Gulf waters has been American, too. Marine life once thrived in the Gulf. Supported by 200 teeming estuaries, commercial fishing emerged during the 19th century as the Gulf ’s first major industry. Recreational fishing helped launch tourism, another crucial industry. In 1901, a major oil discovery near Beaumont, Texas, started the spread of the oil industry along the Texas and Louisiana coasts. Davis’s main theme traces the process by which the Gulf has become an industrial sea featuring dead, dying or marginalized marine life. Due largely to real estate development, the Gulf has lost 50% of its wetlands. The beginning of the 21st century saw pollution in almost every estuary and severely depleted marine life populations.

Objections
8
Great Powers, Grand Strategies
6
WMO Statement on the State of the Global Climate in 2019
9
Endurance
9
Eradication
9
Explainer: Nine ‘Tipping Points’ that Could Be Triggered by Climate Change
8