Summary of The Gumbo Coalition 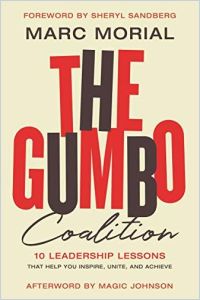 Former New Orleans’ mayor, Marc Morial created coalitions – symbolized by gumbo, his city’s signature stew – in every leadership position he held. From turning around New Orlean’s corruption and crime as mayor to unifying the National Urban League, where he is now CEO, Morial relates stories of his life and career to illustrate 10 leadership lessons. Leaders seeking to make their organizations more diverse and inclusive will relish his recipe.

Former mayor of New Orleans, Marc Morial is president and CEO of the National Urban League.

New Orleans’ signature stew, gumbo, grew from the variety of its people. To lead and foster diversity, follow 10 rules.

The diverse culture of New Orleans, Louisiana is a testament to the Black, Native American, French and Spanish residents who created it. This melding of perspectives manifests in Mardi Gras celebrations, jazz and New Orleans’ signature dish, gumbo – a recipe people made when money was tight. Without enough of any one item to make a meal, cooks combined what they had to make a spicy stew of chicken, sausage, shrimp and vegetables, mostly okra, celery and onions.

Marc Morial – who as mayor transformed then-corrupt and crime-ridden New Orleans and later remade the National Urban League (NUL) as its CEO – took inspiration from gumbo’s diversity of ingredients and applied that insight to leadership. To accomplish his goals, he built “Gumbo Coalitions,” powerfully inclusive groups. He draws ten valuable management lessons from those experiences:

1. “Speed means nothing without direction” – To be a leader, make a plan.

Before winning the New Orleans’ mayoral election in 1994, Morial...