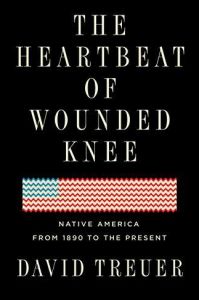 The Heartbeat of Wounded Knee

Native America from 1890 to the Present

The review below was first published in the getAbstract Journal on Jun 18, 2021.
We’ve reviewed this title for you as we currently cannot offer a summary.

Dr. David Treuer presents a heartfelt account of North American Indians from their origins more than 12,000 years ago to today. To present Native Americans’ struggles and resilience, Treuer focuses on the aftermath of the Wounded Knee massacre in 1890.

Treuer, a member of the Ojibwe tribe of the Leech Lake Reservation in northern Minnesota, teaches writing and literature at the University of Southern California. A New York Times bestseller, The Heartbeat of Wounded Knee was a finalist for the National Book Award. It was longlisted for the Andrew Carnegie Medal for Excellence and named a Best Book of the Year by The New York Times, TIME, The Washington Post, the New York Public Library, National Public Radio and Library Journal. NPR’s evaluation said, “Chapter after chapter, it’s like one shattered myth after another.” The New York Times Book Review called it, “An informed, moving and kaleidoscopic portrait.”

Selling Above and Below the Line
9
Article
The Food War