Summary of The Leader's Guide to Unconscious Bias 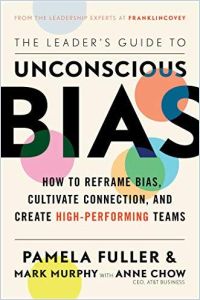 Imagine a help-wanted advertisement specifying that candidates must be right-handed, brown-haired and more than six feet tall. According to authors Pamela Fuller, Anne Chow and Mark Murphy, preferences like these actually do play a significant role in your judgments. Because biases are unconscious, you won’t realize you’re making hiring decisions based on assumptions that may be irrelevant, unfair or untrue. The authors explain how to become aware of your biases and then outline strategies for circumventing them.

Pamela Fuller is FrankinCovey’s “chief thought leader on inclusion and bias.” Anne Chow is the CEO of AT&T Business. Mark Murphy is a FranklinCovey senior consultant.

Unconscious bias in the workplace is a performance issue.

Discussions about bias in business often focus on issues such as fairness and the role of quotas and regulations. These important topics can divert attention from the deleterious effects that bias often has on a company’s performance. If you don’t identify and examine your biases, you’re more likely to base decisions on unconscious assumptions that may be unjust, false and unrelated to your company’s needs. Workers on the receiving end of bias can become unwilling or unable to contribute at their highest level.

By practicing self-awareness, you can recognize your most deep-seated, subconscious assumptions. When you identify your biases, you can overrule them, especially when they get in the way of rational analysis.

The human brain evolved to embrace biases as survival mechanisms. The brain receives an enormous load of information. To deal with the gargantuan task of processing this input, it devised shortcuts, such as putting people, things and events into categories, so you don’t have to analyze every...