Review of The Libertarian Mind 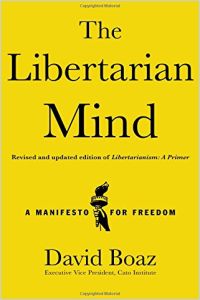 The long-shot presidential candidacies of Rand Paul and Ron Paul have breathed new life into libertarianism – a political philosophy often associated with Ayn Rand and Alan Greenspan. In this primer, libertarian David Boaz takes pains to spell out the benefits of libertarianism and to dispel what he considers the myths surrounding his favored political philosophy. Libertarianism isn’t a cutthroat ethos of unregulated capitalism, he argues. Rather, Boaz posits, it’s a way for individuals to get what they want and need without interference from an overreaching – and often ineffective – state.

David Boaz is executive vice president of the Cato Institute in Washington, DC. His other books include The Politics of Freedom and The Libertarian Reader.

Freedom is Priority One

First, Boaz lays out the core tenets of his creed: Libertarianism, he writes, is a philosophy that embraces personal freedom and limited government. The libertarian view, according to him, holds that everyone should be free to do as he or she pleases as long as those choices don’t hurt others or deprive them of their rights. While Americans have a deep-seated distrust of government, they’ve also allowed the public sector to delve far too deeply into their everyday lives. Boaz cites former New York City Mayor Michael Bloomberg’s attempt to ban sodas larger than 16 ounces as an example of extreme state interference. From consuming cannabis to building new rooms onto their homes, he goes on, Americans must fight with their government to perform many tasks that should be a simple matter of individual liberty.

Boaz goes on to explain what exactly libertarianim is. It comes in many flavors, he writes. Some libertarians are fans of Dr. Ron Paul and his son, Sen. Rand Paul. Others are strict constitutionalists, or fans of the economists Adam Smith and F.A. Hayek. After a period that saw the United States wage war in the Middle East and bail out Wall Street banks, libertarianism had a resurgence. While the right-wing Tea Party movement is associated with libertarianism, the left-wing Occupy crowd also embraced libertarian worries about war, government surveillance and the strong hand of the Federal Reserve. Meanwhile, presidents from both parties – including George W. Bush and Barack Obama – have advocated bigger, more intrusive government.

War Is Not Over
8 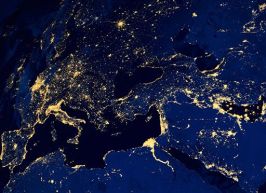