Summary of The Library Book 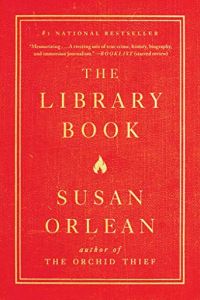 New Yorker writer Susan Orlean’s fascinating, meandering, fact-filled book about libraries throughout history – and more specifically, about the Los Angeles Central Library and the fire that destroyed it in 1986 – is a lyrical must-read for any bibliophile. The fire that destroyed the Central Library was the United States’ largest library fire ever, and Orlean finds no lack of drama surrounding it. She reminds readers of the bounty and serendipity of libraries and their indispensable role in community building around the world.

April 29, 1986, was a typical day at the Los Angeles Central Library. The shipping department was busy at 5 a.m. preparing books that branch locations had requested. With three head librarians overseeing them, librarians and clerks stood ready in their departments. Wyman Jones, the Los Angeles city librarian at the time, oversaw the entire system. When the doors opened at 10 a.m., students, moms with toddlers, businesspeople and the homeless flowed in and out. One of the head librarians was talking with New York architect Norman Pfeiffer about renovating and expanding the 1926 building.

The American Library Association (ALA) had advised against the use of sprinklers as library fire-safety protocol, because water would do more damage to books than fire. Coincidentally, Central Library representatives were discussing sprinkler placement when the fire alarm rang. Patrons and staff believed the noise was just a false alarm. But it wasn’t. A fire had started in the fiction department, and it spread through the stacks and raged for seven hours and 38 minutes.