Summary of The Logic of Scientific Discovery 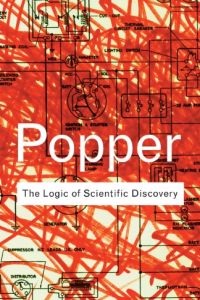 To understand how science works, read Karl Popper’s philosophical classic, first published in German in 1935 and then in English in 1959. Though it’s challenging, you’ll understand why it was seminal to the philosophy of science in the 20th century. Popper’s argument about the central role of “falsifiability” – that scientists test theories by attempting to falsify them – is essential. Popper’s writing is quite lucid. However, in addressing the nature of knowledge, he assumes the reader is familiar with epistemological reasoning and a range of theorists. getAbstract recommends Popper’s groundbreaking, influential treatise to scientists, academics and anyone interested in the ground rules of philosophy, science or knowledge.

Austrian-British philosopher and professor Sir Karl Raimund Popper (1902–1994) was one of the 20th century’s most influential philosophers of science.

“The Logic of Science”

All science proceeds according to specific “methodological rules,” or “conventions.” Such rules closely connect with other rules and practices that distinguish one field from another. Scientists make statements and then test them. They articulate hypotheses or “systems of theories,” and then test them, too. The “logic of scientific discovery” both follows and analyzes the methods of the empirical sciences.

Scientific discovery is not “identical with inductive logic.” Inferences are inductive if they move from particular statements to universal truths, but you can’t use induction alone to test theories. Some people may regard “universal statements” as true based on their personal experiences, but that line of thinking isn’t valid in science. You can know only “singular statements” this way. Justification for “inductive inferences” requires having a “principle of induction” to demonstrate the truth of the theory at hand. This principle can’t be “purely logical.” Among other criterion, you must be able to falsify it.

Science isn’t just a matter of coming up with ideas; it demands “critically testing theories” and “selecting them” based ...

The Enigma of Reason
7
It’s Not Complicated
7
Everybody Lies
8
Convergence
9
The Death of Expertise
9
Why?
8