Summary of The New Asian Hemisphere 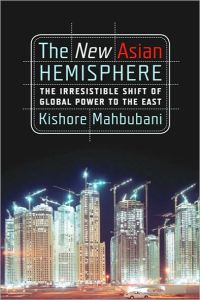 Kishore Mahbubani’s examination of the rise of Asia and its implications for the world is most notable precisely because it is an Asian examination. A professor of public policy at the National University of Singapore, Mahbubani is one of Asia’s most prominent intellectuals. His debunking of ideas that he diagnoses as Western myths and assumptions is trenchant and thought provoking. The book is at times controversial, circular and often repetitive, but always interesting. Mahbubani posits that Western countries attempt to export democracy through a system of international institutions that allow the Western minority to dominate the global majority. For Westerners, such viewpoints may be acutely uncomfortable, but understanding them is indispensable for those who wish to make sense of the emerging world order. This book offers a pertinent, important perspective on changing geopolitics. getAbstract recommends it to anyone seeking an insider’s informed analysis of Asia’s global role.

Kishore Mahbubani is a professor of public policy at the National University of Singapore. His other titles include Can Asians Think? and Beyond the Age of Innocence. In 2005, Foreign Policy magazine ranked him as one of the top 100 public intellectuals in the world.

Asia’s economic ascent is lifting millions out of poverty and transforming the world into a safer, more peaceful and more modern place. Western nations ought to applaud these developments and encourage Asia’s growing wealth and strength – but they don’t. Instead, they act threatened and closed, and they are suspicious of Asia’s success. The invasion of Iraq, for example, shows how narrow and unrealistic Western attitudes can be. American and British leaders expected Iraqis to welcome their troops with open arms. It was absurd to suppose that an Islamic nation would see the presence of Western military occupiers as a blessing.

Western pragmatism distrusts ideology. But today, ironically ideology seems to be in the driver’s seat. The West attempts to export democracy, yet it resists the “democratization of the human spirit” evident in China’s and India’s embrace of economic freedom.

The Western world managed to maintain global dominance, even after its retreat from colonialism, by controlling international institutions, such as the World Bank, the International Monetary Fund (IMF) and the U.N. However, Asia’s rise will inevitably challenge this...