Summary of The New Feudalism 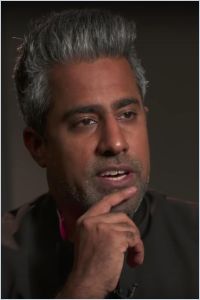 The United States is home to an unsavory culture that adulates the wealthy. This vile tendency has given rise to a “neofeudalism,” whereby the elite dictate policy decisions and fund initiatives purported to create a better world. But this mind-set undermines the system that is already in place to effect social change: democracy. Author and journalist Anand Giridharadas, in conversation with Institute for New Economic Thinking president Rob Johnson, offers a scathing examination of the hubris and hypocrisy of the world’s worst economic reprobates – who act as its redeemers.

Anand Giridharadas, author of Winners Take All: The Elite Charade of Changing the World, is a former New York Times columnist and is an editor-at-large for Time. Rob Johnson is president of the Institute for New Economic Thinking.

A “neofeudalism” is taking shape whereby the richest entrepreneurs resemble the aristocracy of old.

This feudal elite is made up of the world’s “worst economic sinners” disguised as its philanthropic “saviors.” Their foundations and initiatives are redefining the way society tackles problems in self-interested ways. In so doing, the Mark Zuckerbergs and Jeff Bezoses of the world are deciding how to shape education, which diseases to fight, how to address poverty, and so on.

Every high-powered American company is on a grandiose mission to somehow “liberate humanity.” These companies claim to want to make a positive difference, yet despite their philanthropic efforts, staggering inequality prevails. And while the American Dream and upward mobility seem to be attainable in other countries, such lofty goals are out of reach in the United States. In their zeal to change the world...