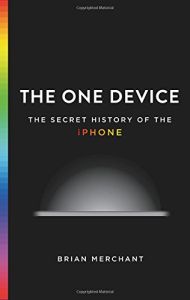 The Secret History of the iPhone

In his engrossing history of the iPhone, Brian Merchant tells a complicated, inspiring and not-always-pretty story. Merchant shows how the world-changing device emerged from decades of scientific innovation and the hard work of Apple’s often-unsung software designers, engineers and industrial designers. He acknowledges the thousands of laborers who extracted the phone’s raw materials from the Earth and assembled millions of the devices in dystopian factories. Even though you know the story ends with Steve Jobs on stage at Macworld introducing the product “that changes everything,” Merchant brews surprising suspense around the iPhone’s development. getAbstract recommends this object lesson in collaboration, creativity and doggedness to Apple fans and to anyone who manages teams or seeks to cultivate innovation.

Since its introduction in 2007, Apple’s iPhone has become the most popular product ever, in any category. Smartphones have become an essential tool of modern life, transforming how people communicate, work and play. Between 2007 and 2016, the percentage of smartphone owners in the United States grew from 10% of the population to 80%. In 2016, technology industry analyst Horace Dediu calculated that the iPhone was the highest-selling product in history.

In the lore surrounding the origins of the iPhone, Apple CEO Steve Jobs usually plays a starring role. Although he was a driving force in its development, his contribution was only one among many.

The iPhone is an example of a “convergent technology,” an innovation that drew on the collaborative creativity of Apple’s designers and engineers and on past breakthroughs in fields as diverse as particle physics and materials science. Transforming technical concepts into a tangible object required the contributions of thousands of workers, including the miners who extract its raw material from the ground and the factory workers who put the thing together.

Brian Merchant is an editor at Vice Media’s Motherboard and has written for The Guardian, Fast Company, Fortune, Wired, and other publications.