Summary of The Perfect Thing 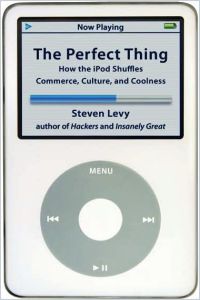 Why do people ask for an iPod when they want an MP3 player? Other players hold as many or more songs, and play them just as well. Owning an iPod is more about music than about keeping up with the latest trends. That is why the iPod still holds the top spot in MP3 player sales. Author Steven Levy explores how the iPod came to be and how it earned its status as a cultural icon. Even the book's iPod-looking cover could evoke emotion from an iPod fan. getAbstract recommends this book to iPod lovers who will relish its story. Businesspeople, trend spotters and marketers also will gain insight into the way Apple made millions from selling music, machines and coolness.

Steven Levy, a technology reporter, writes for Newsweek magazine and has written five other books including Crypto, Hackers and Insanely Great.

Surprise: How the iPod Changed the Marketplace

What makes the iPod special? Apple didn't expect it to have such a tremendous impact on the company, the industry or even the world. Apple couldn't have known that the iPod, originally planned as a Mac enhancement, would change the company and its direction. By 2005, four years after its debut, the iPod held 75% of the music player market and iTunes sold more than one billion songs. Apple beamed like a proud parent as the iPod grew, virtually creating, and then controlling, the portable music player market. With its boom, Mac computer sales also jumped and Apple stock soared.

Apple launched the iPod in October 2001, not the best timing after September 11. Apple's iPod team members faced a quandary before the debut: go to work and finish the product, or stay home after the tragedy with their families, which CEO Steve Jobs allowed them to do. They decided to finish the iPod on schedule and, as Jobs said, "bring a little joy to people." Yet, many staffers weren't willing to fly to California to see Jobs, a notorious showman, make the big presentation.