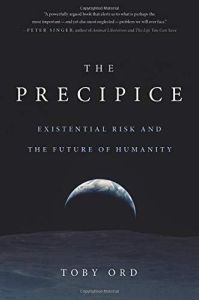 Existential Risk and the Future of Humanity

Oxford University philosopher Toby Ord published this bracing book just before the coronavirus pandemic gripped the globe in 2020. But though Ord makes no mention of COVID-19, his sobering analysis feels eerily prescient. Examining the variety of risks confronting the world today – among them supervolcanoes, climate change and artificial intelligence – Ord calculates humanity’s odds and finds a one-in-six chance that civilization collapses in the next 100 years. Though this assessment might seem harsh to some, Ord argues that exploring worst-case scenarios could serve to prod humans into action.

Protecting humanity from itself is the most pressing problem the Earth faces.

Over time, human beings have made huge technological strides – advances that, paradoxically, have given society the power to drive itself to extinction. Despite a rising level of existential risk, humans’ ability to harness their basic instincts has failed to keep pace. As the astronomer Carl Sagan noted, “We have become powerful without becoming commensurately wise.” The disconnect creates a common mission for everyone: Humans must find ways to protect themselves from self-destruction. Barring major changes, it’s unlikely that the species will survive the next two centuries.

Humanity is about 200,000 years old, yet its ability to annihilate itself is a comparatively new phenomenon. The development of nuclear weapons has brought society to the edge of devastation. One especially close call occurred during the Cuban Missile Crisis in 1962: The internal systems of a Soviet submarine near Cuba malfunctioned in the warm waters of the Caribbean. Temperatures on board soared well above 100ºF, and US depth charges rattled the crew. Unable to make...

Toby Ord is a senior research fellow in philosophy at Oxford University. 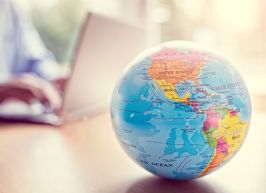