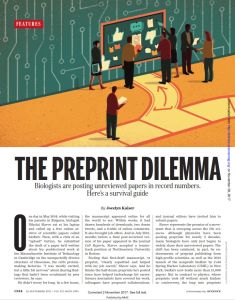 Preprint publishing is the sharing of manuscripts not yet reviewed by peers. The practice has gained support from major institutes, funding sources and leading researchers. As a result, preprints are now increasingly popular among biologists. Still, not everyone is convinced about the idea. Science staff writer Jocelyn Kaiser lays out some potential benefits and drawbacks of preprints. She highlights these points with views from current researchers. The article will serve as a guide for science enthusiasts curious about sharing research through preprints.

Preprints have risen in popularity among biology researchers since 2013.

In 2013, Cold Spring Harbor Laboratory started bioRxiv, a preprint server for biology. Preprints have become more popular among biologists ever since. Major funding bodies like the UK Medical Research Council, the Wellcome Trust, the National Institutes of Health, and the Howard Hughes Medical Institute have championed the idea. Support from leading researchers, journals and The Chan Zuckerberg Initiative have helped preprints take hold as well.

The process of posting preprint is faster than peer review and benefits researchers early in their careers...

Jocelyn Kaiser is a staff writer for Science. She has covered stories ranging from environmental science to biomedical research policy and the National Institutes of Health. 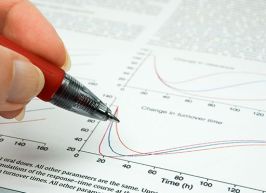