Summary of The Prince 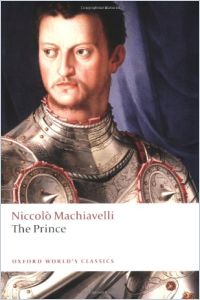 The end justifies the means. This simple, pragmatic maxim underpins Niccolò Machiavelli’s classic work, The Prince. Written in 1513, when Machiavelli was a Florentine registry official, this handbook of political power provoked controversy like no other. Its central theme is how Renaissance rulers should act if they want to prevail. According to the author, a strong state requires a leader who is able to defend his power at all costs. Machiavelli maintains that a ruler may deceive, trick, oppress and even murder his opponents, as long as his misdeeds serve the state’s stability. Without question, this short treatise offers enough material to demonize its author. However, Machiavelli does not champion unlimited ruthlessness and violence. Nor does he justify any objectives that seem to warrant violence. However, he also does not try to align his work to Christian morals as he examines the practice of statecraft and leadership. The term “Machiavellian” emerged in the 16th century to describe a devious, cruel tyrant, who uses any means to achieve his goals. When 20th century dictators praised Machiavelli’s masterpiece, it came into disrepute, but in contemporary thought, its literary foresight makes it a classic. Modern readers will be able to understand the book’s significance thanks to the accessible translation and annotations by Peter Bondanella. To put the treatise in context, Maurizio Viroli explains in his introduction, “For Machiavelli, the old way of building and preserving a regime...had to be abandoned in order to embrace a new conception...based on the principle that no state is a true dominion unless it is sustained by an army composed of citizens or subjects.” getAbstract recommends The Prince to literature and history buffs, be they subjects or citizens, and to strategists and political scientists as a core work in their field.

Niccolò Machiavelli was born in Florence in 1469. After the Medicis and their successor, Savonarola, lost power in 1497, the new “republican regime” appointed Machiavelli as a political secretary. He attended the Italian, German and French courts, and the Holy See. From 1499 to 1512, he met all the major leaders of his time, serving as a diplomat who urged the Florentine rulers to raise an army to protect their republic. Yet, the 400-man army could not hold Florence against Spanish and papal troops. After the republic fell in 1513, the Medicis returned to power, fired Machiavelli and eventually tortured him as a conspiracy suspect. He retired to his farmhouse near the city to write political works, such as The Prince, Discourses, The Art of War and The Florentine Histories. He also wrote a historical novel, poetry and drama. Machiavelli never totally regained the Medicis’ favor. He died penniless on June 21, 1527. Indiana University professor of Italian and comparative literature Peter Bondanella translated and edited this edition. Princeton University professor of politics Maurizio Viroli wrote the introduction. He explains that Machiavelli composed this book to show that “he knew the art of the state better than anybody else in his time” and could teach all “the goals and the means of political action.”

People live under two types of governance: Either they are citizens of a free state, such as a republic, or subjects of a principality, such as an autocracy. A leader can achieve sole rule through inheritance or through obtaining new territories. The leader can be the founder of new entities, as was the case in Milan, or he can conquer existing towns and regions.

A leader who inherits his kingdom will encounter fewer problems in both ruling and retaining it. First, the people accept and respect his power because he comes from a long tradition of leadership. And second, any potential opponents would be at a disadvantage since they would have to turn to cruelty to gain respect, thus losing the support of the people.

The Correct Form of Conquest

Language plays a large role in the successful annexing of states. When the new, added territory uses the same tongue as the existing territory, the ruler can take over by ousting the former ruling family and keeping the existing laws. In most such cases, the subjects will pose no problem. However, to assert his authority and make his presence known, a head of state should always erect an official residence...