Summary of The Psychology of Money 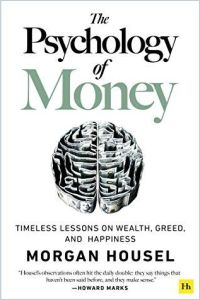 The more knowledge you have, the richer you’ll get, right? Perhaps. Financial know-how is actually less of a hard science than you might think. Unlike in other fields, in finance an unknown gas station attendant with a high school education might make millions, while a celebrated, Harvard-educated finance executive goes bankrupt. It all boils down to behavior. Former financial journalist Morgan Housel explores why psychology has more to do with positive financial outcomes than your math skills. Find out how your relationship with money affects every aspect of your finances.

Former financial reporter Morgan Housel wrote for The Motley Fool and The Wall Street Journal. He is currently a partner at Collaborative Fund.

In 2014, Vermont janitor and gas station attendant Ronald Read died at the age of 92, leaving behind a fortune of more than $8 million. He hadn’t won the lottery or inherited any money. He put aside what money he could, invested it in established companies and let his wealth build over the years.

Conversely, a Harvard-educated finance executive who a business magazine highlighted as a success when he was in his 30s, went bankrupt. The one man’s success and the other’s failure had nothing to do with their financial knowledge. It boils down to patience versus greed.

Only in the finance industry can human behavior result in such different outcomes. A trained surgeon will always perform better heart surgery than someone with no medical knowledge. In finance, you can know the rules of interest rates and corporate valuations, but your behavior – as well as luck – plays a larger part in your success than your knowledge.

How luck and risk play a part in your life and financial success.

Bill Gates was just plain lucky that the high school he attended had a computer. A math and science teacher lobbied...