Summary of The Real Warren Buffett 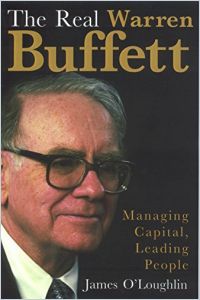 A sentence crafter happily at work, James O’Loughlin imparts clarity with literacy. On the rare occasion that his industrious research does not find just the right quote from Buffett or Munger (chapters average 90 footnotes), he uses their favorite metaphors from sports and life. This is excellent writing that falls short only on prophesy and damnation. Buffett must pass Berkshire on to an heir in the next decade, but exactly who might follow him is given short shrift. How this unknown magician might cope with Munger (too old to be an heir) is avoided carefully. The manuscript was begun before September 11, 2001, created insurance chaos, but O’Loughlin doesn’t elaborate upon it, beyond suggesting that chaos benefits Buffett - whose main float derives from super catastrophic insurance and reinsurance. getAbstract recommends this volume highly - along with getting to know the Real Buffett, you will learn a tidy amount about economics.

James O’Loughlin, a resident of Wirral, England, is investment manager and head of global equity strategy for the $36 billion (at press time) Cooperative Insurance Society.

This box, he believes, defines his margin of safety, his circle of competence and the limitations of his "strike zone." Within the fourth box, holding that which is known and that which matters, Buffett meets the expectations of his shareholder and partners, and operates according to those truths he holds self evident.

One of the most important of those verities is that the market may be efficient in the long run, but it is not always efficient and it cannot be relied upon to provide a stock price equal to any given company’s intrinsic value. This represents an evolution in Buffet’s thinking; it was not always thus.