Summary of The Return of Racism?

Following America’s 2016 presidential election, political commentators scrambled to explain Donald Trump’s surprise victory. Was racism the catalyst? While political scientists Fredrick C. Harris and Robert C. Lieberman concede that overt racism motivated some voters, they also point out how the candidate spoke to the growing socioeconomic despair felt among working-class whites. By illustrating how a variety of complex factors affected the election, Harris and Lieberman underscore the many difficulties involved in rooting out systemic racism.

Some observers attribute Donald Trump’s political ascendency to a revival of overt racism in the United States. The claim that President Obama wasn’t born in America was just the start. Later, racist and nationalistic rhetoric became the cornerstone of Trump’s campaign. Moreover, the uptick in xenophobic incidents after the election indicates Trump’s political success has emboldened white supremacist to promote their cause more publicly.

“It was always a myth that Barack Obama’s 2008 election ushered in a post-racial era in which one’s skin color no longer correlated with one’s prospects for success.“

Still, America’s long history of racism cannot fully explain Trump’s popularity. Important shifts in America’s social and economic structures also play an important role. The availability of stable, well-paid jobs in white working-class communities has declined in recent years. Mortality rates among middle-aged whites – due to suicide, alcohol and drug abuse, or chronic illnesses such as diabetes and heart disease –  continue to increase. Today, more than half of working-class whites feel negative about the future.

“According to the 2015 American Values Survey, 52 percent of those surveyed believed that America’s best days were behind it. A higher proportion of working-class whites—56 percent—agreed.”

Many working-class whites blame President Obama’s administration for the decline of policies and institutions which, historically, offered disproportionate socioeconomic protections and benefits to whites. This sense of lost opportunity has fostered white working-class antagonism toward those they believe are in some manner responsible for their declining fortunes: African Americans, Latino immigrants, Muslims, or other minority groups. Thus, Trump’s promise of a return to prosperity and social harmony – to “Make America Great Again” – speaks to the hearts of many white working-class voters.

“We should also remember, however, that the historical and structural roots of racial inequality run deep and that, although less visible, they lie beneath the surface spreading their rot.“

Changes in American politics also aided Donald Trump’s ascent. Beginning in the 1960s, Republican-Democratic divisions along racial lines became more pronounced. Since then, Republican presidential campaigns from Richard Nixon to George H.W. Bush have appealed to whites’ nationalistic sentiments. Meanwhile, stringent voter ID laws and other voting restrictions continue to impede African American and other minority groups’ voter rights. These developments illustrate why calling out overt racism, though important, will never counteract racial inequality in America. Only structural and institutional reforms can root out systemic racial discrimination in the US. 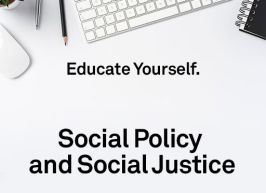