Summary of The Rise and Fall of Nations 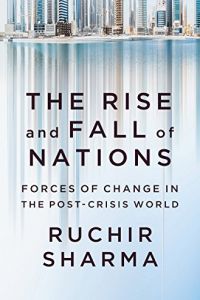 The headlines from China, Russia and elsewhere make the vagaries of global economies seem chaotic and unpredictable. How can an investor know which oft-praised economy already is in the tank or which ignored country stands poised for a rally? If you know which signs to look for, events won’t surprise you, argues Ruchir Sharma, a market strategist at Morgan Stanley. In this compelling and elegantly written volume, Sharma outlines the telltale signs that often reveal where any nation is heading. Population growth, current account deficits, currency values and private debt are among the key indicators, along with the impact and “impermanence” of repeating economic cycles. While never giving investment advice, getAbstract recommends Sharma’s insights to investors, policy makers, entrepreneurs and business students.

Prosperity once seemed to be a path to democracy, but the financial crisis of 2008 spread from the United States to the rest of the world, ending the rise of emerging markets. After the fiscal crisis, political freedoms declined.

Brazil, Russia, India and China – the vaunted BRICs that would form a new economy – are now faltering. Their success, which economists saw as part of a new order, no longer seems assured. Russia’s and Brazil’s economies are shrinking. China, while not in recession, is experiencing a growth slowdown, from perhaps 14% a year to less than 5%. As the BRICs encounter rough waters, wags now say the acronym could stand for “bloody ridiculous investment concept.”

Economic booms and busts have been going on for centuries. These cycles tend to run their course in a haphazard manner that upends conventional wisdom. Thus, “impermanence” is a fundamental aspect of global markets. Typically, a complex, interwoven series of events causes things to turn. For instance, political leaders can get sloppy, the price of a crucial commodity may plunge or soar, a nation’s underlying demographics could change or its currency can become...

The Future of the Dollar
8
The China-U.S Trade War and Future Economic Relations
8 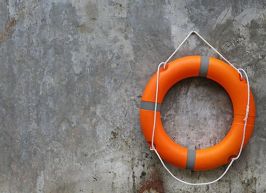