Summary of The Road to Somewhere 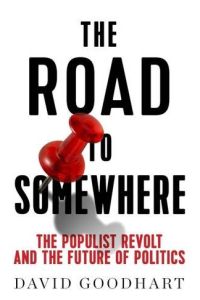 Prospect magazine founder David Goodhart’s report from the front lines of populism could be a very influential political book. He embraces being controversial, provocative and unafraid to offend. Goodhart regards political labels such as “left” and “right” as so obsolete as to be meaningless. He provides alternatives in the handy, accurate terms he crafted: “Anywhere” and “Somewhere” voters. Politicians and campaign managers may view Goodhart’s analysis as an important reference for their strategies, and his Anywhere and Somewhere tags could become pivotal labels in political discourse and tactics. Ardent progressive liberals – Goodhart’s “Anywhere elites” – may well dislike his views, and could consider them as appeasing populist ideas that emerged from recent political shifts and power struggles. Politicians who embrace Goodhart’s messages may well gain followers and win elections. While always politically neutral, getAbstract recommends this thoughtful take on the sharp turn in recent politics and on how that turn may shape the political future.

The election of Donald Trump in the United States and the Brexit vote in the United Kingdom undermined established concepts of politics. These shocking results leave the classical labels of “left” and “right” less able to explain or shed insight on the larger election picture. To recategorize people’s political views in a way that better reflects recent trends, consider the distinction between Anywhere and Somewhere people.

Anywhere people are a minority of the population – an estimated 20% to 25% in the United Kingdom – who likely gained a college degree, moved away from their hometown and came to define themselves by their achievements, “self-realization” and career. Their mind-set is internationalist and meritocratic. They feel positive about globalization and change, partly because they know they are likely to come out on top. Their “progressive individualism” often celebrates an escape from community and communal constraints.

Somewhere people – an estimated half of the UK’s population – mostly stay in their hometown, have lower educational qualifications, and define themselves more through family... 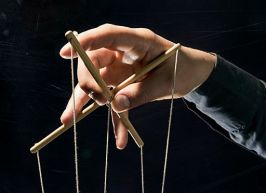