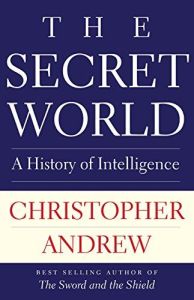 A History of Intelligence

The review below was first published in the getAbstract Journal on Apr 19, 2022.
We’ve reviewed this title for you as we currently cannot offer a summary.

In this sweeping, magisterial overview, Cambridge scholar Christopher Andrew – former chair of the history faculty at Cambridge University and chair of the British Intelligence Study Group – addresses the “missing dimension” in historical accounts: intelligence. From Sun Tzu’s The Art of War to the Iraq War; from the biblical Joshua to George Washington to Saddam Hussein, Andrew focuses on how intelligence operatives determine an enemy’s plans. He details the machinations behind wars, intrigues and executions, and warns that in any setting – including business – ignoring or misusing intelligence invites peril.

Intelligence gathering exists to gather knowledge that governments and their military can’t attain openly. Andrew’s theme is that intelligence, however little it is honored, shaped or changed world events.

History
Lessons from the Military