Summary of The Seven Minute Rule 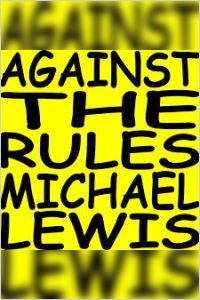 When you buy a new kitchen appliance, you wouldn’t want to worry about it bursting into flames. Indeed, in most economically developed countries, you can depend on your government to keep dangerous products off the market. And yet, the US government is failing to live up to its responsibility of protecting consumers when it comes to financial products, as Michael Lewis illustrates in this episode of his Against the Rules podcast series. Whether you are still paying off student loans, have been a victim of identity theft or simply take a personal interest in consumer protection, you will find this podcast episode highly disconcerting.

In his seven-part podcast series Against the Rules, journalist and best-selling author Michael Lewis takes a searing look at what’s happened to fairness – in financial markets, newsrooms, basketball games, courts of law, and much more.

The financial industry makes identity-theft victims responsible for righting wrongs that the banks were unable to prevent.

Author and podcast host Michael Lewis suddenly started to receive phone calls from Citigroup telling him that he owed the bank $15,000 in outstanding loans. Subsequently, American Express reduced his overdraft limit, citing his poor credit score as the reason. Lewis discovered that someone living at a fake address in Miami had opened a credit card account at Citibank in his name. The credit reporting company Experian advised Lewis to file an identity theft report with the Federal Trade Commission at his local police station in Berkeley, California. It struck Lewis as odd that the banks were holding him responsible for failing to prevent identity theft – something that he felt was really the financial industry’s problem to fix.

Private companies who service federal student loans do so without the interest of loan recipients in mind.

New York public school teacher Katie Highland took out $77,000 in student loans from the US Department of Education to finance her education...

This Economist Predicted the Last Crisis. What’s the Next One?
8

Why Controlling 5G Could Mean Controlling the World
8
The Dropout
8
How is COVID-19 affecting US trade?
8 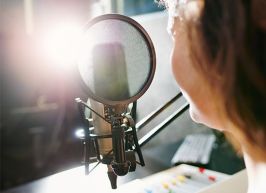