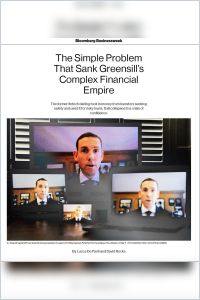 Greensill Capital’s story sounded too good to be true – and it was. Claiming its advanced technology could evaluate a business borrower’s future viability as a going concern, the firm ventured into uncharted lending territory. But it ended up crashing and burning. Journalists Lucca De Paoli and David Rocks report on this cautionary tale of a fintech pioneer’s meltdown and the ruins of its entanglements.

In 2011, Lex Greensill designed a plan to fill a need for fast, short-term loans to small businesses. He conveyed the concept in a story about his parents’ hardscrabble existence as farmers who sometimes suffered from cash flow problems. Greensill Capital claimed it could evaluate clients’ credit quality through AI and big-data analytics that could predict borrowers’ prospective cash flows and detect changes in their creditworthiness.

The company would frequently sell the loans it set up to investors looking for better returns with little risk, since the loans were based on sales that had already occurred. 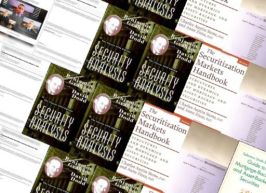